I have always had a passion to sing. But I downplayed it most of the years. I was called to preach. And my father spoke negatively against “singing preachers.” He assumed that preachers sing when they don’t have anything to say. But my mother consistently encouraged me to pursue music.

Throughout my two pastorates, I have participated in the music, one way or another. I help pick music. I lead the congregation. I sing something with the choir. I hid this under the guise of my pastoral responsibilities. But it was really my opportunity to pursue my passion for music in worship.

It was not until Joe Pace, artist, producer, and founder of the Colorado Mass Choir, joined our staff that I began to throw myself into music. Our many conversations about music led to me participating with the choir more. And when the Shiloh choir recorded in 2015, Pace graciously used several songs I wrote on the project and let me lead a couple of songs, as well.

After our first recording, I told Joe Pace I was glad to get that music thing out my system. He predicted I would be even more passionate about music. He was right!

Over the past few years, I have written music. Whenever I got the opportunity, I would slip a song in during one of our worship services. At some point, I felt burdened to share the music I was writing. The elders of our church agreed. And Joe Pace consented to produce the project. 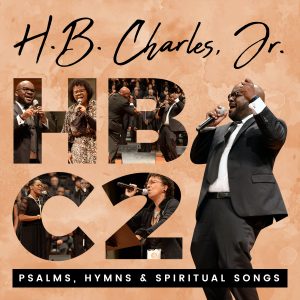 I am grateful, excited, and honored that the project has been released. It’s called “Songs, Hymns, and Spiritual Songs.” It was recorded live at the Shiloh Church in Jacksonville, Florida.

The CD contains fifteen songs. Several are old hymns I learned as a boy. We recorded a Gospel classic by Keith Pringle and the Pentecostal Community Choir and a more contemporary Gospel song by BeBe and CeCe Winans. We also recorded a CCM song that my church regularly sings.

Half of the project consist of songs I wrote. Of the eight original tunes, I only wrote one of them on purpose. The others arose from my devotional time, as I meditated on verses of scripture. For this reason, the songs are very personal. And they have proven to be simple, sing-able songs my church has picked up quickly.

My mother, Ellen Charles, who taught me to sing, sings a verse of a hymn the she used to sing often when I was a boy. My brother, Kevin Willis, sings a song with me that I wrote. And Sheri Jones-Moffett lends her wonderful voice to a choir song I wrote.

The CD is now out and available on all digital media outlets. Physical copies will also be available around the country next week. Please get a copy of “Songs, Hymns, and Spiritual Songs.” I trust it will be an encouragement to you. May the Lord be glorified by these songs of praise!