This past weekend, I was scheduled to fly home to Los Angeles to join the Mt. Sinai Missionary Baptist Church in celebrating 75 years of Christian witness and ministry. But flight delays and bad weather prevented me from even leaving Jacksonville. I was greatly disappointed.

I was grateful for the invitation to speak at the anniversary banquet and looking forward to the opportunity to preach to the Mt. Sinai family

I preached my first sermon at Mt. Sinai, as an 11-year-old boy. I preached every year after that, as an associate minister under my father. Then I preached to the church for 18 years as its pastor. For the past 9 years in Jacksonville, Pastor George Hurtt has graciously invited me home to speak every year. Having missed this banquet, this will be the first year I have not preached at Mt. Sinai since 1984!

I was also looking forward to giving remarks in honor of my father, H.B. Charles Sr., who served the congregation for more than 40 years.

My father was an older man, when I was born. But with the vision and energy of a young man, I watched him give his life to Mt. Sinai. I also saw several setbacks in his ministry, mostly due to his own unwise decisions. But the Lord sustained him. And his love for Christ, the word of God, and the Mt. Sinai congregation never wavered. And I am convinced the continued blessings on the church are due to seeds he planted decades ago.

My father was a generous soul, a powerful preacher, a loving pastor, a visionary leader, and unforgettable personality. He passed from labor to refreshment in 1989. But I continue to meet people whose lives were touched by his ministry. I long ago gave up trying to run from my father’s shadow. I now bask in it. Without a doubt, his ministry is still associated with the  Mt. Sinai Church, where he served for more than four decades.

As a senior in high school, I was called to pastor the Mt. Sinai Church. I do not recommend calling teenagers to pastor. Yet it is my testimony. I did not know anything about pastoring. For that matter, I really didn’t know much about being a man. There was clearly a call to preach on my life. The church recognized it and nurtured me as I grew up right before their eyes. 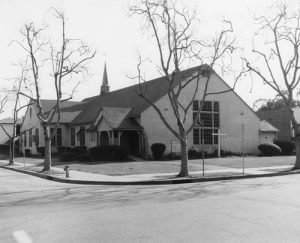 I became a man, a Christian, and a pastor at Mt. Sinai. I married my wife, Crystal, 19 years ago at Mt. Sinai. Our three children were born at Mt. Sinai. My personal, spiritual, and ministerial roots run deep in this congregation. There would be no me, without the Mt. Sinai Missionary Baptist Church.

Space would not permit me to call the names of preachers, deacons, and Sunday school teachers who influenced me as a boy. And then there were the many relationships I established over the years, as pastor of the church. As the Lord blesses my life and ministry, I cannot help but think about people in the congregation who prayed, labored, and suffered with me over the years. When I talk about my family in Los Angeles, I am not just talking about my biological family. I’m talking about Mt. Sinai!

My flight sat on the runway in Jacksonville for several hours Friday, waiting for Atlanta’s snowed-in airport to clear us to take off. As I sat there, I listened to a sermon I preached when I pastored Mt. Sinai. It was not a good sermon. But listening to this bad sermon made me all the more grateful for Mt. Sinai. This loving congregation patiently endured nearly two decades of my leadership and teaching! I feel like I should apologize to them and express my gratitude at the same time. 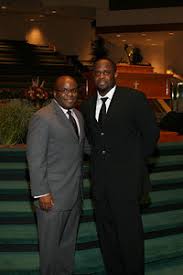 Without a doubt, there is nothing harder I have ever had to do in my life than stand to tell the Mt. Sinai Church that the Lord was calling me away from them. Moving to a place where my family and I knew no one, I was comforted that my preaching assistant agreed to relocate with me. But in the providence of God, Mt. Sinai called him to be its new pastor, 8 days after I left.

From the other side of the country, I have watched the Lord bless Pastor George Hurtt and the Mt. Sinai Missionary Baptist Church accomplish things that we could only dream about.

During my pastorate at Mt. Sinai, we began to say that our dreams our greater than our memories. The slogan was not meant to disrespect the past. It was our statement of faith about the future. More than 9 years later, God continues to do new and great things in and through this wonderful congregation. And I pray that its most fruitful days of ministry for Christ are yet to come!

I thank my God in all my remembrance of you, always in every prayer of mind for you all making my prayer with joy, because of your partnership in the gospel from the first day until now. And I sure of this, that he who began a good work in you will bring it to completion at the day of Jesus Christ. – Philippians 1:3-6