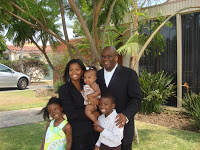 A year ago today, Crystal, H.B., Natalie, and I headed to an important family appointment at Cedars Sinai Medical Center.

It was the day after Easter. But that Monday was the day we had been anticipating – our new baby was to be born.

Crystal craved pancakes from The Griddle, Rosco’s Chicken and waffles, and KFC hot wings the whole pregnancy. Being the devoted hustband that I am, I joined her. “We” (H.B., in the Greek) are still working off the baby weight. 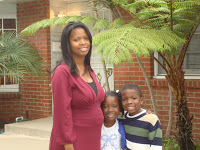 Unlike our first two children, we did not determine a name until days before she was born. Our niece suggested, “Why don’t you just name her H.B.”? We laughed. But the more we thought about it, it grew on us. We decided we liked the name, “Hailey.” And over the weekend, we finally landed on “Breanne.”

For some reason, my niece who helped name Hailey, insists on calling her, “Hamburger.”

H.B. and Natalie could not understand why they could not be in the room with us for the surgery. 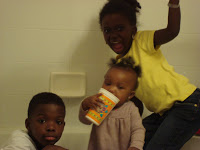 As much as I keep warning her about those two “meddlesome kids” in the house, Hailey refuses to listen and insists on loving her big brother and sister. She thinks she is one of them. They love her back.

Her first words were, “Da Da.” Don’t hate. Unfortunately, everything is now “Ma Ma.” She has been brainwashed like the other two.

Crystal had a sleep schedule down before we left Los Angeles. Hailey has not really gotten into a sleep rhythm since we moved to Jacksonville. I have suffered the most. 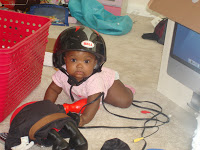 H.B. broke at least five pair of my glasses as a baby. Natalie took my pens and highlighters and wrote in my books. Hailey, the new generation baby, is determined to get to my MacBook and Blackberry.

Unlike her big sister, who has only befriended our dog Lido over the past year, Hailey has no fear of the “doggy person.” Their stare downs are classic. I think Lido is more scared of her than she is of him.

Hailey gets confused in church. When I am preaching, she thinks I am either talking or playing with her. So she tries to talk back.  Hailey TKO’d her mother during the 8 AM service again this past Sunday. I had to work hard to keep my concentration as Crystal angrily marched down the aisle with Hailey in tow. 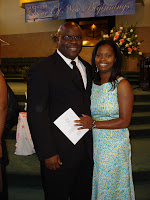 When I look at Hailey, I see Crystal.

On this, her first birthday, Hailey has four teeth that have emerged. And she almost has this walking thing figured out.

May the Lord grant that Hailey will grow as Jesus grew: “And Jesus increased in wisdom and in stature and in favor with God and man.” – Luke 2:52 (ESV)