My Observations from 2017 SBC in Phoenix 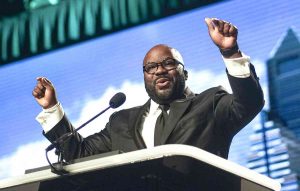 I have just returned from the Southern Baptist Convention’s Annual Session in Phoenix, Arizona. It was a busy but blessed week.

Having preached five times Sunday (a big mistake I do not intend to repeat), I caught a flight to Phoenix through Atlanta. The flight to Atlanta was uneventful. My connection was scheduled to leave Atlanta at 9:35 PM. Because of mechanical difficulties, it did not leave until 3 AM Monday morning. As you can imagine, I spent the rest of the week trying to recover.

The SBC Pastors’ Conference kicked off on Sunday evening, led by David Miller. Between Sunday evening to Monday evening, twelve brothers preached through Philippians. I was helped by the messages I heard, particularly the last message by Shane Hall. It was also wonderful to be led in worship by the Gettys.

It was announced that I would be nominated for President of the 2018 Pastors’ Conference in Dallas (June 10-11). This year’s president, David Miller, permitted pastors from Shiloh Church to shadow his team to get a glimpse of what we were getting ourselves into. Very gracious!

As I sat in the back of the hall and listened to Ken Whitten nominate me, the magnitude of the moment hit me. My unanimous election left me speechless. It is an honor to lead next year’s conference. Please pray for us as we plan and prepare. 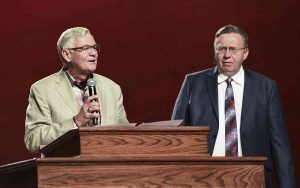 The big news had to do with a proposed resolution to condemn “anti-gospel Alt-Right white supremacy.” I have not been a member of the SBC long enough to know how some procedural things work. But it was immediately clear that the ball was dropped.

It did not take long, however, for the leaders to recover the obvious fumble on an important matter. We did not go to bed Tuesday evening without affirming a plan for a resolution to be set before the convention Wednesday.

The new resolution was virtually unanimously affirmed Wednesday afternoon. Immediately after the vote, President Steve Gaines introduced me to preach the last message of the convention. It was a very emotional moment. Praise God for strengthening grace to preach!

Because of the racial history and reputation of the SBC, it is important that moments like these are not fumbled. As an African-American Pastor of a dually aligned church (National Baptist and Southern Baptist), I know the negative effects of any failure to give clear-throated condemnation of racism.

The cultural climate made this resolution important. More importantly, fewer words and more actions are needed to preserve the unity of the Spirit in the bond of peace.

My friend, Mark Dever, once again permitted me to take part in the 9Marks panel. It was a joy to serve with Albert Mohler and Danny Akin. 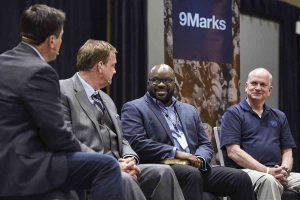 I asked the guys with me what moment stuck out to them from the meetings. The consistent answer pointed to the International Mission Board (IMB) missionary commissioning, under the leadership of David Platt. It was deeply moving to see young families declare a divine call to go to hard places to share the gospel, some could not show their faces for security reasons. As we prayed for them, I was reminded what the church and the SBC is all about.

Along with being elected to serve as the 2018 Pastors’ Conference president, I was also elected as a new trustee of the Southern Baptist Theological Seminary in Louisville, where R. Albert Mohler is President. Glad and grateful to serve!