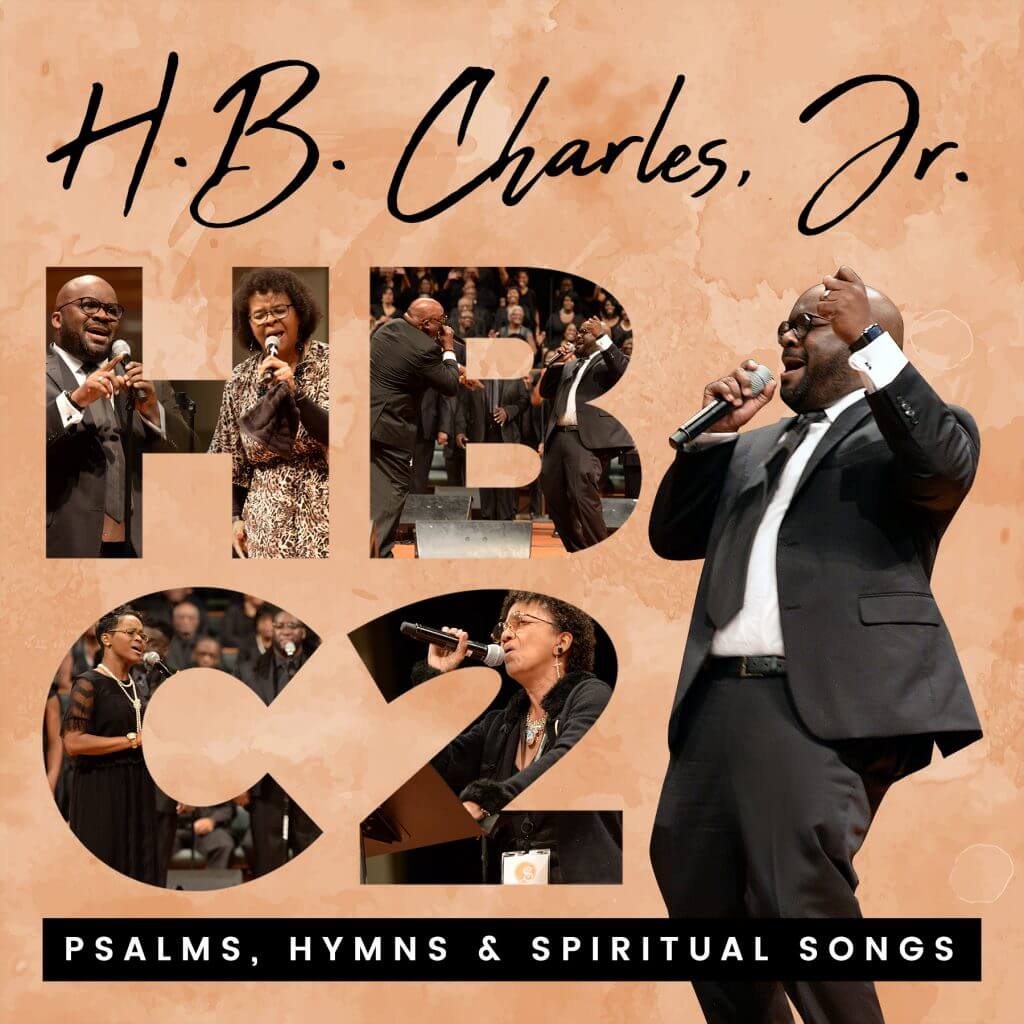 H.B. Charles, Jr. – the widely respected pastor of 5,000 member strong, Shiloh Metropolitan Baptist Church in Jacksonville, Florida – has operated with the title of “preacher” for decades. He can now add the title “recording artist” as his first solo album, Psalms, Hymns & Spiritual Songs, debuted in the Top-10 on the Billboard Gospel Sales chart when it was recently released. The single, “I’ll Fly Away,” is already cracking the Billboard Top-100. A program director in Mobile, Alabama calls the song “traditional Gospel at its best.”

Produced by Joe Pace, Worship Pastor at Shiloh and Grammy nominated choirmaster, Psalms, Hymns & Spiritual Songs expresses the musical passion that flows from Pastor Charles every week, as well the traditional sound of Gospel music that he grew up listening to. The album is also a family affair, as it features vocals from his brother (“But God”) and his mother (“Saved”). Of the latter, Charles says: “This is a song that I just associated with my mother… this is the song she would sing when she traveled with my Dad for his preaching engagements… she hadn’t sang it in decades, and it was hard to get her to do this. For that reason, the song is a gem.”

“The entire recording process was new to me, as I have always loved Gospel music but never considered myself an artist. I just love to sing songs of the Lord, and over the last year and a half God was putting music on my heart that I was writing. At a certain point, we determined that we wanted to share this music outside of our local setting. So this album and these songs are close to my heart,” says Charles.

“To be a new, and perhaps even reluctant artist, with not only an album but an album that debuted in the Top-10 is beyond my imagination. I have a passion for the music but didn’t expect I would have this opportunity.”

H.B. Charles, Jr. first began pastoring when he was still a high school senior at 17 when he succeeded his late father as pastor of Mt. Sinai Missionary Baptist Church in Los Angeles. He pastored Mt. Sinai for 18 years before being called to Shiloh Metropolitan Baptist Church, with locations in Jacksonville and Orange Park, Florida.

Charles led several songs on the Billboard chart-top-ping 2016 Shiloh Choir release: Joes Pace Presents: H.B. Charles Jr. and the Shiloh Church Choir. He is also the author of several books, including The Difference Jesus Makes, On Pastoring, and It Happens After Prayer.

“I’m humbled that the project is being heard and grateful that the project is filled with church music,” Charles adds. “I love choirs and think they have an irreplaceable place in the church. We did a Keith Pringle number as my shout out to west coast choirs.”

Despite his move to Jacksonville, Charles; connection to Los Angeles remains strong. “All of my roots are in Los Angeles and in the church life of Los Angeles. I feel like even though I’m on the other side of the country, those roots remain strong. I absolutely love Los Angeles. When I say my family is here – my biological family, spiritual family, the church I grew up in and pastors that let me practice my gifts as a young man and encouraged and supported me.”