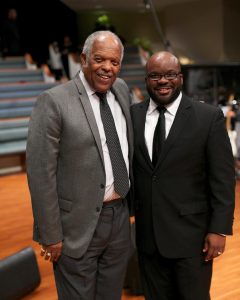 John A. Reed Jr. has led the Fairview Missionary Baptist Church of Oklahoma City for more than fifty years. It is his first and only pastorate. Dr. Reed is also a local community and national denominational leader.

When I was a boy, Pastor Reed was “Uncle John” to me, as he and my father were close friends. My father preached for Fairview during the OKC Simultaneous Revival each year. Pastor Reed preached at Mt. Sinai for our annual Homecoming Services each year.

For more than fifteen years, I preached the revival at Fairview that my father preached. Preaching for John Reed opened the door for many of the early preaching opportunities I received around the country.

[Tweet “The greatest sin a preacher can commit is to go to the pulpit unprepared. – John A. Reed Jr.”] 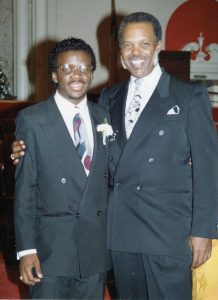 Early in my first pastorate, Reed told me that he was not father’s evangelist, not mine. He encouraged me to invite other preachers. He would let me know when he was coming to town and preach for me then. He was the only man who invited himself to my church to preach!

I have written a book entitled, “It Happens After Prayer.” I first heard those words fall from the lips of John Reed.

I love and thank God for John A. Reed Jr. After my father passed away, this was the man God used in my life to continue to teach me how to be a Christian man, preacher, and pastor.

I recently interviewed Pops about his life, preaching, and pastoral ministry. Enjoy!