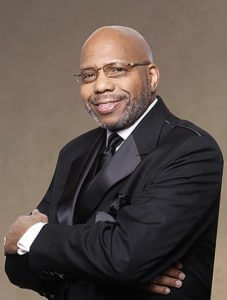 Jasper Williams Jr. is one of the most well-known, greatly beloved, and most imitated preachers in the country.

The son of a preacher, Jasper Williams trusted Christ and began his public ministry as a six-year-old boy. While attending the Morehouse College in Atlanta, Williams was called to pastor the Salem Bible Church. He has now served the Salem congregation for more than fifty years.

During the early years of Jasper Williams’ ministry at Salem, the Lord open doors for his preaching to be heard throughout the country and around the world. Most notably, Williams was a pioneer whose messages were recorded and sold as albums. As a result, his messages have been heard by countless people. His ministry has been much in demand. And his voice is distinctive and cherished by many.

I was in my early teens when I first heard Jasper Williams preach. Someone gave me a sermon album entitled, “When It Seems the Lord is Taking Too Much Time” from John 11. I listened to that sermon so many times that I could preach it from memory today. And I have diligently followed his ministry down through the years. To be honest, for many years I tried to be Jasper Williams!

Pastor Williams is the proud father of two sons, Jasper Williams III, who pastors The Church in Duluth (GA) and Joseph L. Williams, who serves as Pastor with his father at the Salem Church.

I was a joy and honor to interview Jasper Williams about preaching and pastoral ministry. Enjoy!