Why Do You Wear Black Suits ALL The Time? 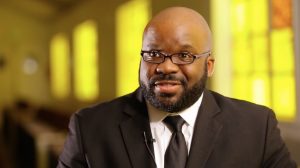 Why do you wear black suits ALL the time?

I get this question often. But it’s not true. I don’t wear black suits all the time.

I have and wear different colors occasionally. Yet I wear the same thing so often that my wife and kids are shocked when I emerge from the closet with something other than a black suit, white shirt, and black tie.

My father was a connoisseur of fine clothes. He is remembered for his preaching, generosity, and clothes. My dad was not a flashy dresser. But he was always clean. That gene skipped me.

I learned to dress conservatively from my dad. My old man insisted his young preachers wear dark suits. He pointed to the president’s typical attire as a model. And he made note of how Martin Luther King Jr. and other civil rights leaders dressed at public speaking events.

But there is a bigger reason why I dress the way I do in the pulpit.

I was a boy preacher, starting my first pastorate at the age of seventeen. I needed people to take me seriously. And I did not want my attire to be a reason mature people despised my youth.

Some years later, I preached a meeting with a seminary professor. The first night, he said very little to me. He later confessed that he expected me to be a showboat. And he determined that if I came off the elevator dressed and acting like a big shot, he would not talk to me for the entire week!

I did not take it personally. I found his comments rather amusing. But they stuck with me. And I have been predominantly wearing black suits since then. 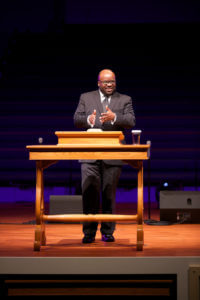 At this point, I wear a black suit, white shirt, and black tie most of the time because I am lazy. It just makes my life easier not to think about what I am going to wear. And as preacher who travels, it makes it easy to pack, as well!

Several preachers I respect wear mostly black suits when they preach. Their example has obviously influenced me. But when asked who influenced me to wear black suits and ties lately, I give an unexpected answer: Mike Tyson.

Tyson famously came to the ring with black trunks and black shoes. No socks. No robe. Unlike current boxers who come to the ring like dancing fools with rappers in tow, Tyson entered the ring like a man on a mission. His opponents would often look defeated before the opening bell! 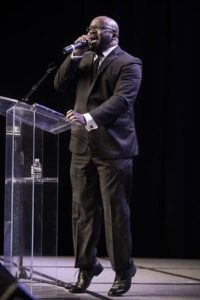 This is how I want to mount the pulpit. I want my appearance, demeanor, and conduct to show I am on kingdom business. I want to stand up to preach like a herald for the King, not a pimp, clown, or entertainer.

I don’t have any biblical, theological, or religious reasons for wearing black suits all the time. But it is my quiet protest against the lack of respect for the dignity of the pulpit. We need preachers who look and talk and act like preachers – not fitness coaches, talk show hosts, or GQ models.

Do you have a word from the Lord? That’s all that matters.

[Tweet “The pulpit is the throne of the word of God. It is not a runway for your fashion show. “]

May the Lord help us to so carry ourselves in the pulpit that the congregation cannot remember what we had on but cannot forget the word of God and testimony of Jesus Christ we preached!