What the Bible Teaches about Hell 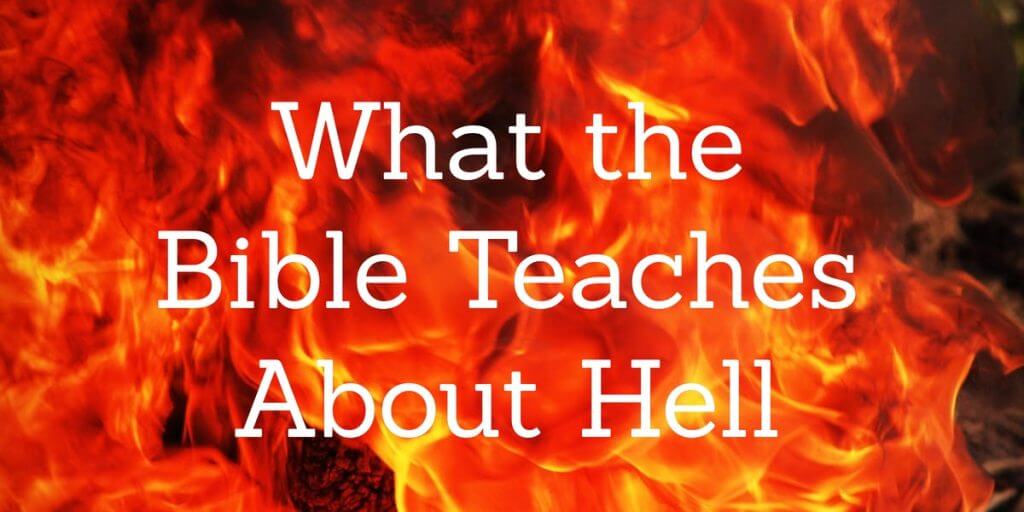 What does the Bible teach about hell?

To ask this question is to acknowledge that hell is a biblical teaching. That is an appropriate starting point for considering the doctrine of hell.

A discussion about hell is not like a discussion about purgatory. Scripture nowhere states, affirms, or implies purgatory exists. It is a construct of Roman Catholic tradition, not a teaching of scripture. The doctrine of hell, however, is clearly a biblical teaching.

Hell is not just about hell. It is inextricably woven into the fabric of Christian truth. What the Bible teaches about the authority of scripture, the character of God, the consequences of sin, the redemptive work of Christ, the message of the gospel, the mission of the church, and the reality of the afterlife would all be irreparably damaged without it.

It is essential that professing Christians seek a biblical understanding of the doctrine of hell. For that matter, non-Christians should also seek to understand what the Bible says about hell.

The good news the Lord Jesus Christ is God’s response to the bad news of eternal punishment for personal sin. Saving-faith in the finished work of Christ at the cross guarantees the hope of heaven. Without Christ, every person will suffer the torments of God’s holy wrath against sin in hell forever.

First and foremost, the Bible teaches that hell is real. Scripture refers to this place by different names. But the Bible is clear that there is a definite place where unrepentant sinners will spend eternity under the wrath of God. This place called hell was created by God. But he did not create it for humanity. Jesus described hell as “the eternal fire prepared for the devil and his angels” (Matthew 24:41). Because of the humanity’s Fall into sin, hell became the final destination of the unrepentant and unforgiven sinner.

If asked why I believe hell is a real place, I simply answer, “I believe in hell, because Jesus believed in hell.” Jesus obviously understood hell to be a real place. Jesus talked about hell literally, regularly, and dramatically. In fact, Jesus said more about hell than he did about heaven. More people believe in heaven than believe in hell. But the Bible does not give us the option to believe in one and disbelieve in the other. Hell is as real as heaven.

Jesus has the most to say about hell in the Bible. If you can somehow disprove or discredit what Jesus says about hell, how can you trust anything the Gospels record Jesus to say about himself, God, sin, salvation, heaven, eternity, or anything else?

To deny that the Bible teaches hell is not to deny hell. It is to deny scripture. The Bible intentionally paints itself into a corner. The Bible does not claim to merely contain God’s word. The Bible claims to be the word of God. It is an all-or-nothing proposition. If Scripture is God-breathed (2 Timothy 3:16), all of it is true. If only selected parts of the Bible are actually God’s word, nothing the Bible says is trustworthy. Therefore, to knock down the door to get hell out of the Bible is to knock down the whole house of Christian truth.

Many people speak of going through difficult circumstances as going through hell. It is an understandable comparison, as hell is the strongest word you can use to describe your problems, hardships, and afflictions. Hell is as bad as it gets. Though understandable, however, it is inappropriate to describe trouble as hell. The term may express the gravity of your situation. But it trivializes the reality of hell. Nothing a person suffers in this life can be legitimately compared to the horrors of hell.

The Bible calls hell by its name. But more often, it describes hell with gruesome word-pictures. Destruction. Perdition. Outer darkness. Where the worm never dies. Weeping and gnashing of teeth. The lake of fire. The second death.

In secular media, hell is depicted as the-mother-of-all-parties. Heaven is presumed to be boring. But hell is where the real celebration takes place. This is wishful thinking. Scripture goes out of its way to emphasize that hell is not fun. It is a horrible place of divine torment for unforgiven sinners.

It has become common for people to dismiss scripture’s horrific depictions of hell as mere symbols. They argue that Jesus’ reference to hell were really about a trash heap outside of Jerusalem that no longer exists. This view is very bad interpretation and even worse theology. A symbol points to a greater reality. If then you can prove that Jesus’ references to hell were only symbolic, what comfort is that? You still must conclude that to die with your sins unforgiven is a fate worse than spending eternity in an unquenchable fire.

Hell is a scare tactic of sovereign grace. The Bible traces the horrors of hell to scare you out of your sins and to run to the cross of Jesus in faith and repentance! And it should motivate Christians to share the gospel of Jesus Christ with every lost man, woman, boy, and girl in every nation!

In the Parable of Lazarus and the Rich Man (Luke 16:19-31), Jesus presents hell as a real place. He describes hell as a horrible place of torment. And he makes it clear that hell has no exit.

Do not dismiss what Jesus teaches about hell in this parable, because it is a parable. In the teaching-stories he told, Jesus made up characters, scenarios, and dialogue. But he did not make up truth. In the Parable of the Good Samaritan (Luke 10:25-37), the Jericho road is a real place. And in the Parable of Lazarus and the Rich Man, hell is a real place.

When the rich man went to hell, he cried out for deliverance from his torment. Abraham responds from heaven, “Between us and you a great chasm has been fixed, in order that those who would pass from here to you may not be able, and none may cross from there to us” (Luke 16:26).

This article is about three fundamental truths the Bible teaches about hell. Hell is real. Hell is horrible. And hell is eternal. Because you read to the end, I have a bonus truth for you: Hell is avoidable!

Every sin will be paid for – either by the Savior a the cross or by the sinner in hell. “For the wages of sin is death,” wrote Paul, “but the free gift of God is eternal life in Christ Jesus our Lord” (Romans 6:23). If you run to the cross and trust the Lord Jesus Christ for salvation, you can receive free forgiveness, new life, and eternal hope today!

Do you find this article helpful? Join the conversation in the content section below.