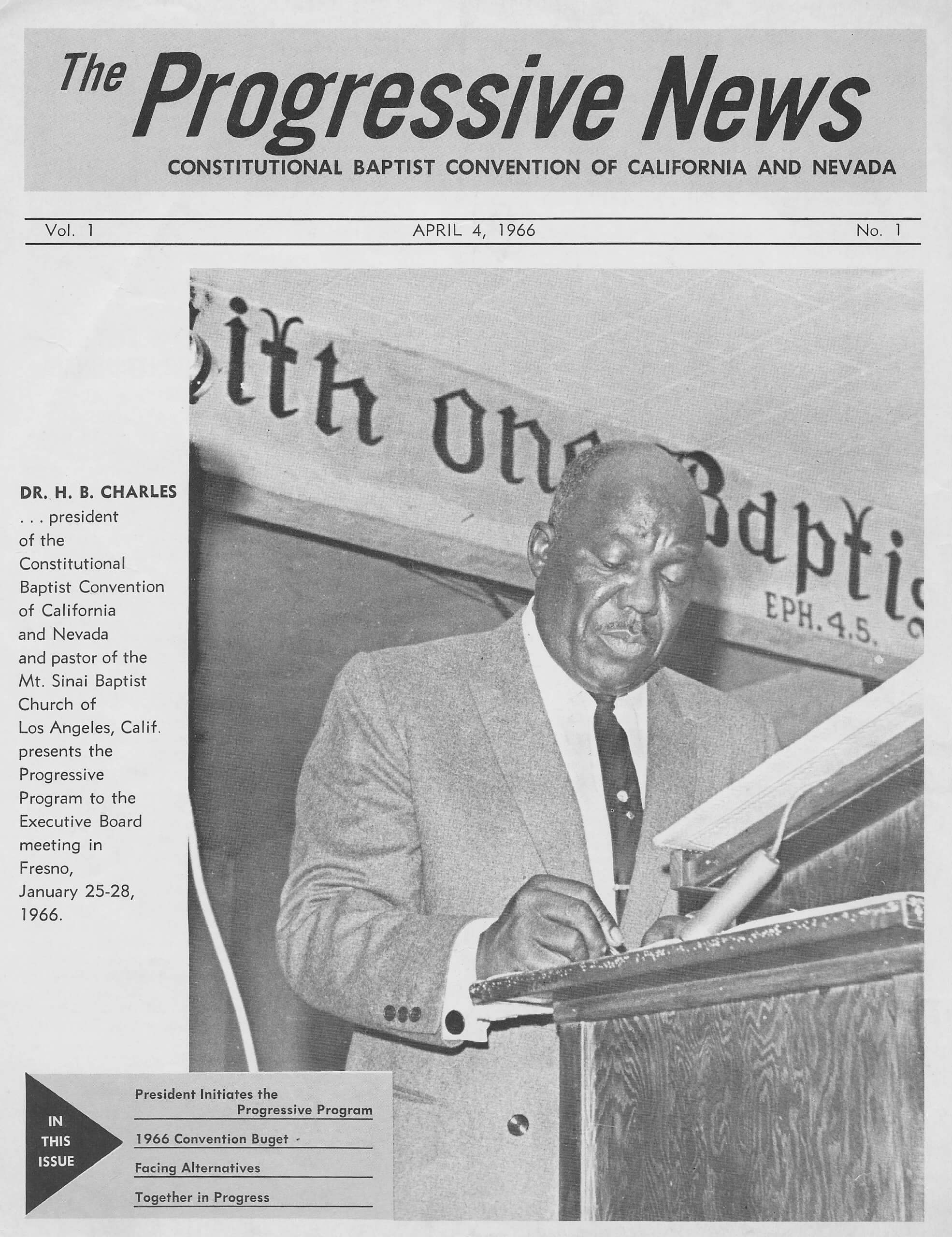 The Progressive National Baptist Convention is meeting this week in Memphis.

The PNBC was established in the early 1960s, during the Civil Rights Movement. Black Baptists were divided on the role the church should play in the struggle. Those who supported the efforts of Martin Luther King, Jr. established a new, “progressive” convention.

My father was a part of this movement. He was also a part of the group that established the Progressive Convention in California.

This picture is the cover page of a newsletter from my father’s presidency of the Constitutional Baptist Convention of California and Nevada dated April 4, 1966.

My daddy was the man!