Thankful for 25 Years of Pastoral Ministry 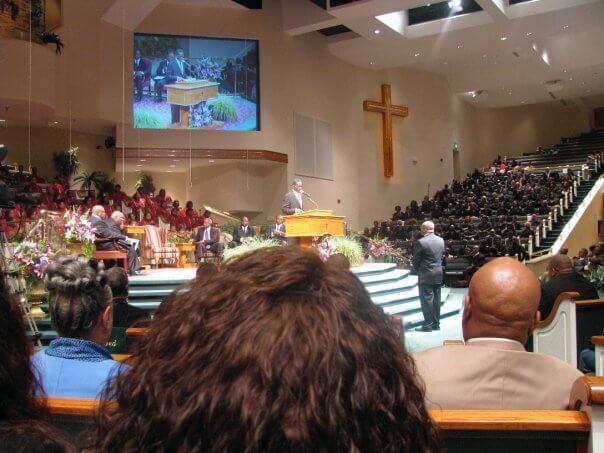 I ditched school that Monday morning. I had a funeral to preach.

For the first half of the year, I preached the 11:00 AM service at my father’s church on first Sundays. But the first Sunday in August was the last time. I preached a sermon that Sunday, entitled, “Waited Time On God Is Never Wasted Time” (Job 14:14).

In a meeting after the service, it was decided that I should not be allowed to preach any more until after the church called a new pastor. I was also asked to meet with pulpit committee. The committee members made it clear to me there was no way I would be considered to pastor the church. “You don’t help a poor man by giving him a fish,” a sister told me. “You should teach him to fish for himself.”

The funeral was the first time I preached at my home church in three months. Afterwards, all the talk was about the meeting to call a new pastor that would take place that night.

“Are you coming to the meeting tonight, Junior?” I was repeated asked. I planned to go to bed early and sleep through the meeting. “Call me when it’s over and tell me what happens,” I answered jokingly.

Right before the meeting, I changed my mind. I did not want to see them call a new pastor to my father’s church. But I was a member of the church too. So I hitched a ride to the meeting – being a 17-year-old who did not know how to drive – to cast my vote. 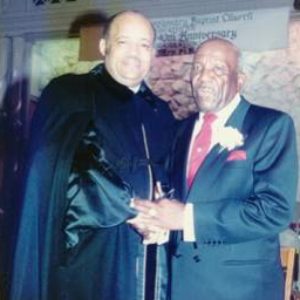 My father’s friend, Dr. E.V. Hill, led the meeting. The committee presented its three nominees. For some reason, the congregation predetermined to take open nominations. I was nominated from the floor. Some people laughed when my name was called.

When it was time to cast my vote, a deacon objected. The congregation had also determined that no one under 18-years-old could vote. Pastor Hill could not help but note the irony. I was not old enough to cast a vote on a ballot on which I was a nominee.

The church selected me as their new pastor that night. Dr. Hill called me to the front, preached an impromptu sermon, and prayed for this new pastor and people.

Though only a boy preacher, the journey began smoothly. By the time I was 21, however, I was engulfed by a major storm. Some members in strategic positions fought to have me removed. Being a typical young pastor, I made several big leadership decisions too fast.

Disgruntled members gave me the butt-kicking they would have never tried to give my father. It became a court battle that lasted four years. By God’s grace, I weathered the storm. And it made me a better person, preacher, and pastor.

Coming out of the storm, I married my wife Crystal. I was 25. And the next 10 years of my ministry were blessed, fruitful years.

The church agreed to relocate. I took a friend to see the location we were considering. And I asked him to pray. I was desperate for this transition to take place. “If the Lord wants me to pastor this congregation going forward,” I said through tears, “I have to get off of Gramercy Place. We have to move!” 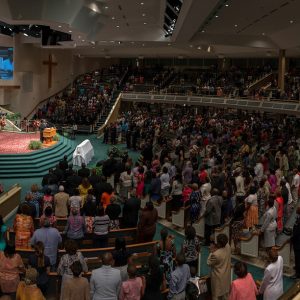 Within months, the congregation moved from its longtime location to a new facility. Within months after the move, I moved from Los Angeles to Jacksonville to pastor the Shiloh Metropolitan Baptist Church. I went from pastoring several hundred people to several thousand. I was 35-years-old.

Unlike my first pastorate, I walked right into a storm. A spiritual hurricane had rocked this Florida congregation. It was a tropical depression when I arrived. And I fully expected that flash floods would sweep me out of this church within three years.

By God’s grace, I weathered the storm. And this week not only marks twenty-five years of pastoral ministry, it also marks seven years I have been privileged to pastor the Shiloh Metropolitan Baptist Church. The Lord has been good to me. And these are blessed, fruitful years of ministry.

I do not know what is down the road. But this seems to be a good place to pull over for a minute, look down that long road behind me, and give thanks to the Lord for twenty-five years of pastoral ministry.

To God be the glory!