Thankful for 15 Years of Sunshine! 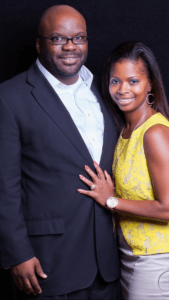 Today is a blessed day in my life. It is the fifteenth anniversary of my marriage to my Crystal.

Crystal and I met at Los Angeles High School. She was in the tenth grade. I was a senior… and a senior-pastor (but that’s another story). We met in Coach Williams’ World History Class. It was the easiest class in the school (Do the math: the football coach was the World History teacher!).

Our first (romantic) words to one another were…

Crystal: “Did you do the homework?”

After that class, we did not see one another for several years. But I would often ask my sister – who was in the same grade – about Crystal.

By time we made a personal connection, Crystal was out of school. And I was knee-deep in pastoral ministry. We bumped into one another at my mother’s house. And we have been in another’s life sense.

Our relationship developed slowly. But that was a good thing. We became friends. And there was no pressure for the relationship to go any further than that. In fact, we both had no expectation that it would. By the time I knew what was happening, I was in love with Crystal and could not live without her. Fifteen years later, those realities have only intensified for me.

I am a nerd who married the prettiest girl in school! 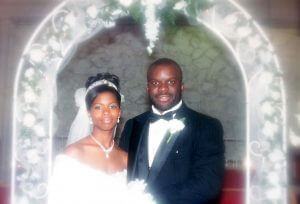 When Crystal and I were dating, we had one major issue. My life had already been mapped out. I did not have a choice. My life would be given to pastoral ministry. I felt that Crystal had a choice. And I didn’t want her to waste it. So, in a real sense, I courted her and pushed her away at the same time.

I cannot tell you how glad I am that Crystal chose to spend her life with me. It has not been an easy for her. But she has been my partner in the ministry for fifteen years. And I would not be who or what I am without her love and support.

Fifteen years. Three terrorists… I mean, children. Two churches. From one side of the country to the other. Yet there have been two constants in my life through it all: the Lord Jesus Christ, who deserves the highest praise for his unwavering faithfulness, and Crystal.