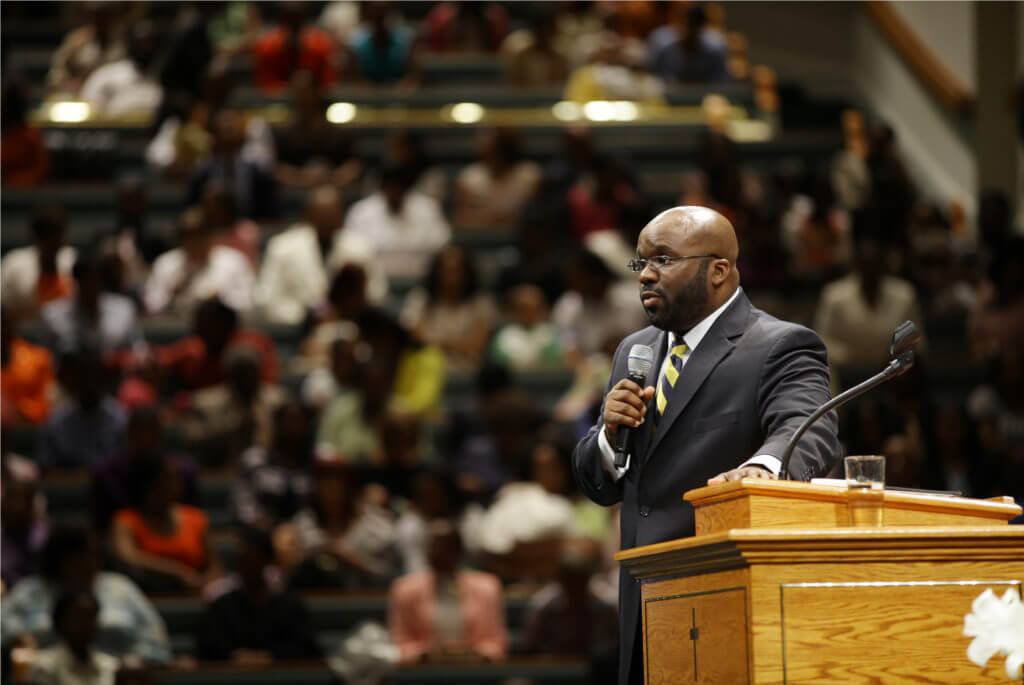 On July 30, 2008, the Shiloh Metropolitan Baptist Church of Jacksonville met to call a new pastor.

I was one of two names to be considered that Wednesday night.

I had mixed emotions. First all of, the momentum was moving toward me being called to Shiloh. Yet I had been in this situation before. And after momentum toward a vote, another congregation overwhelming voted NOT to call me. It was embarrassing. And I did not want to go through that again.

At the same time, I was sure that if Shiloh called me, I was not going. The Lord was blessing my congregation in Los Angeles, where I was born and raised. I served the church my father pastored. And the Shiloh Church was in the midst of a scandal that I did not want to be associated with.

Things had moved fast. It had not been three months since I first preached at Shiloh on Memorial Day weekend. The powers-that-be made it clear I was not a candidate. And that was fine by me. Then I was asked to meet with the leaders of the church. And it was the worst pastoral search interview in the history of the church! But when I preached, the congregation received my message warmly. And things moved pretty quickly after that.

The Shiloh congregation seemed like good people. In fact, they called themselves “The Oasis of Love.” But I saw enough of what happened behind the scenes to know that I did not want any part of it.

God had other plans.

My family was invited to come to Jacksonville, as I preached a second message. I preached one of my “get fired” sermons. You know, the sermon where you tell the truth and don’t get invited back. But it didn’t work. Things were still moving forward.

Several times, I asked to be dropped from the process. But it was like a game of chicken. My name would be submitted to the church. The congregation would likely call me. And it would be left up to me to respond.

The congregation voted overwhelmingly to invite me to be their next pastor. My eight-year-old son cried all night and begged me to tell them to vote for someone else. I was with him.

But God had other plans.

I spent the early years of my first pastorate with deacons and trustees bossing me around. Having weathered that, I was determined that would never happen again.

The more the Shiloh leadership talked to me, the more I saw trouble coming. So I got a flight to Jacksonville to talk to them face-to-face. I was sure someone would say something to confirm my no answer.

But as I flew to Jacksonville, the Lord finally responded to my prayers and made it clear I was to accept Shiloh’s invitation to be their new pastor. That night, I cried myself to sleep in my hotel room, wondering why the Lord was punishing me.

The Lord was not punishing me at all. The Lord was up to something great in my life. But I was not able to see it.

I agreed to move to Jacksonville. And I planned to give Shiloh my best. But I did not think Shiloh would ever have my heart. It would be an arranged marriage. I would be faithful. But I would not be able to love Shiloh like I did my first church.

The Lord has placed Shiloh Church in my heart. And after six years of ministry, I thank God that I did not get my way. I am grateful for the privilege of serving such a great congregation and for all the Lord Jesus is doing in us and through us. And I praise the Lord who always knows what he is doing!