Our Journey to Biblical Eldership

Pay careful attention to yourselves and to all the flock, in which the Holy Spirit has made you overseers, to care for the church of God, which he obtained with his own blood. – Acts 20:28

I sat in the back seat. Two church leaders sat up front. They thought they were talking to me. They were actually talking to one another.

At some point, they asked my philosophy of church leadership. I answered: “Jesus Christ is the head of the church. And he exercises his authority through a plurality of godly men.” Those two sentences express my convictions about biblical eldership, without using the terminology.

I remained quiet. I was sure Shiloh would not call me to be its pastor. And I was sure I would not accept if they called me. As they talked, I thought to myself, “God help the poor sucker who becomes the next pastor of this church!”

We were both wrong. The Lord sent me to the Shiloh Metropolitan Baptist Church in 2008. And last night (5/4/15), Shiloh officially became an elder-led church, unanimously affirming 15 men – myself included – as the elders of the church.

There are two offices of leadership in the New Testament church: elders and deacons. The spiritual qualifications for elders and deacons overlap (1 Timothy 3:1-13). But their roles are distinct: Elders serve by leading; deacons lead by serving.

The term “elders” is the most common word in the New Testament for the pastoral office. There is no hierarchy among the various terms. They all used interchangeably. Pastors are elders are overseers are bishops.

The church is not a one-man show, built around a human personality. Jesus is to be preeminent in all things (Colossians 1:18). The New Testament guards the supremacy of Christ by teaching and modeling shared leadership in the church. In all but a few isolated instances, the word “elders” is plural, not singular. Local churches are to be led by a plurality of elders.

Should there be a main teaching-pastor that leads the church?

Absolutely. Although scripture promotes shared leadership, it also acknowledges leaders among leaders. There are leaders in the church who are first among equals. It is good and right and wise for a church to have a primary teaching pastor, who leads the body to practice fidelity of doctrine, holiness of lifestyle, and unity of fellowship.

A Transition at Shiloh

Philippians was the first book I preached through at Shiloh. I chose it because I thought it would encourage the church that had been through so much. But I could not get out of the first verse of the letter without confronting the subject of shared pastoral leadership (Philippians 1:1). Since then, I have taught and affirmed biblical eldership on multiple occasions and in various settings.

I taught a four-hour seminar on biblical eldership. At the end, a deacon said, “Pastor, this is clearly what the Bible teaches. When are we going to do this?”

There was no master plan. I could only move the church forward through “complete patience and teaching (2 Timothy 4:2). I needed to keep teaching and wait for the congregation to be ready. 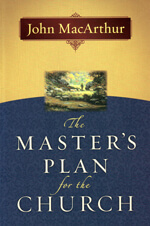 We had of our Bible Study Fellowship groups (Sunday School) to study “The Master’s Plan of the Church” by John F. MacArthur Jr. It is a clear, biblical explanation of the life and work of the church. The pastors also taught through it during our Midweek Worship Services. By the time we finished, it was clear church was ready.

In many ways, the Shiloh Church has functioned as an elder-led church for several years now. We planned to make it official in 2014. However, a door opened for us to plant a second location, which delayed our process of affirming elders.

We began 2015 with a plan to transition to elder leadership. We recommended elder candidates – some staff pastors, others non-staff pastors. (We have some elder-qualified deacons. But we chose to begin with qualified pastors as we make this transition.)

We published the list of elder-candidates to the church and gave members time to submit objections. We received none. During the same period, I preached on biblical eldership and retaught the original seminar.

Last night, the Shiloh Metropolitan Baptist Church voted to officially become an elder-led congregation. The elder-candidates were affirmed without opposition. These men will be commissioned during our 140th church anniversary (May 17, 2015). Praise God!

We have a long way to go become a mature congregation. But our affirmation of elders is a big step in the right direction. It has been a long journey. But the Lord has been with us every step of the way.

Pray for us! Rejoice with us! To God alone be the glory!