Let Rev. Thorn Minister To You 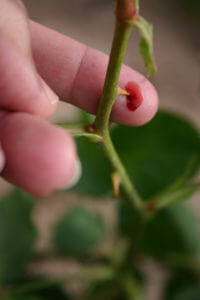 I was ready to quit. For real, this time.

I know I was serious, because I went to tell my pastor. I did not (do not) make major life decisions without talking to my pastor about it. How about you?

I sat down in Pas’ office. And I broke the news to him. I was resigning. I was too young and had too much ahead of me to waste any more time in this extended church conflict, or so I thought.

Pas began to warn me about how difficult it is to organize a church from scratch.

This warning was unnecessary. I had absolutely no intentions of starting a church. I would become a TV talk-show host before I did that.

When nothing he said seemed to work with me, pastor mentioned that there was a sermon he had recently heard that I should listen to. He buzzed his assistant and asked her to bring him a copy of the particular sermon.

I told him that wouldn’t be necessary. I had heard it before. It was my sermon! I had preached it at his church several months ago. It was on steadfast endurance during difficult seasons.

Pas acted shocked. “No. That couldn’t have been you! That had to be someone else!”

Gently, pastor told he me he understood what I was going through. I was tired of fighting. And I would give anything just for a week a peace… just to stand up on Sunday morning and preach in peace.

Then he assured me that running is not the answer. “If you want peace,” he admonished, “Wherever you go next, no mentioned the name Jesus. Don’t preach about him. Don’t let the choir sing about him. Don’t do anything in his name. Because if you lift up the name of Jesus, Satan is going to come looking for you!”

My pastor then concluded this counseling session with the strangest advice I had ever received. “Son, you need to just be still and let Rev. Thorn minister to you.”

I knew a lot of preachers. But I did not know a Rev. Thorn. “Who is that?” I asked, impatiently.

Pastor handed me his Bible and told me to turn to 2 Corinthians 12.

There was no need. I knew the passage.

Let me insert a quick testimony here. My ministry would have been aborted at its early stages, if it were not for the wise counsel of seasoned pastors who had been through what I was yet to face.

I didn’t like what I heard that day. I was hoping for a job offer, not advice to be still and let suffering runs is course in my life. But, ultimately, he was right.

Pay close attention to the next two sentences: You cannot minister to others for the Lord’s sake, without experiencing seasons of pain. And there will come a time when you will have to take what you minister to others and minister it to yourself.

But he said to me, “My grace is sufficient for you, for my power is made perfect in weakness.” – 2 Corinthians 12:9a

Have you allowed Rev. Thorn minister to you lately?