What Should I Expect From My Preacher? 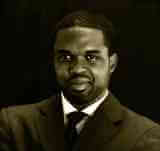 The following is a guest post written by my fried Charlie Dates, who serves as pastor of the Progressive Baptist Church in Chicago.

There is a reason reality TV works. Unlike sitcoms, reality TV is inexpensive to produce. Very few sets and props have to be made. No script-writers need to be hired. The typical union fees associated with high caliber actors do not apply. It is full of drama. And perhaps most importantly, televised depravity is in high demand.

Like some of you, I remember when MTV first aired the ‘Real World’ series in 1992. It was our generation’s first dosage of reality TV. It was tantalizing, scandalous, and unpredictable. We should have known then that it would simply be a matter of time before reality TV made its way into the backrooms of the church.

We’ve got “Pastor’s Wives of Atlanta,” “The Sheards,” and now a new one. And this one might top them all. The Preachers of L.A. docu-series is an entre into the lives of some of LA’s well-known pastors. It’s ironic that the Oxygen network is airing the show, as it does not breathe fresh air into life. In a word, the series is unprofitable for the church. And in the final analysis, it may do more harm than good.

No man is perfect. No pastor is above the temptations of this present age. No believer in Jesus Christ is free from the presence of sin. But that doesn’t mean we need to showcase our frailty before the world.

One of the preachers from the docu-series says that this show will eliminate some of the pedestals upon which others have put them. There are a million and one other, more creative, and God-honoring ways to do that… like preach the Bible! I wholeheartedly disagree with the notion that the publicized flaws of men somehow heighten the regard they garner from broader society.

Aside from the mischaracterization of the biblically faithful pastor, the show prompts us to ask the question, ‘What should I expect from my preacher?’ Here are four essential, but not exhaustive, characteristics you should expect from your preacher:

An obvious discipline for the purpose of godlines

No one with a healthy view of life expects preachers to be super human. What should be expected is that we exercise discipline toward something higher than wealth and acclaim. We are to train ourselves for godliness (1 Tim. 4:7-8). Every preacher ought to work hard at living circumspectly. Our personal and private living should demonstrate an ethos that is uncommon, attractive, and… well godly.

Although far from perfect, we preachers are called to be examples. There is no getting around that. Just this evening a member of our church asked me to pray with her for a friend, another member of our church, who is incarcerated. At the end of our conversation, she said the reason she wanted me to pray was because she perceives that I have a closer relationship with Jesus Christ. Now I have no more special access to the throne room of God than does she. But what she said struck me quickly. My living speaks to her. I am to exemplify the kind of deepening, devoted relationship with Jesus Christ that she herself desires. There needs to be both tangible (speech) and intangible (faith) demonstrations of your preacher’s convictions that serve as a model for you.

A public love for the scriptures

Evident progress of his maturity and ministry

The preacher is often the hardest working person in the community. He labors in his study. He gives to others at the expense of his own comfort. He is required to love the un-loveable. He is often misunderstood, underappreciated, and undervalued. But it is in those things where his value is most clearly seen. He demonstrates what God can do with a surrendered life. His living gives you a window into the heart of a maturing Christian. If you’ve got a real preacher you will be able to discern growth in his life. Soon after you will notice progress in your own life.

I’m not here to tell you whether to watch the new preacher docu-series on Oxygen. What I can tell you is that if you’ve got a real preacher he is a breath of fresh air in a polluted world.