GUEST POST: Making A Name For Ourselves: Social Media and Idolatry 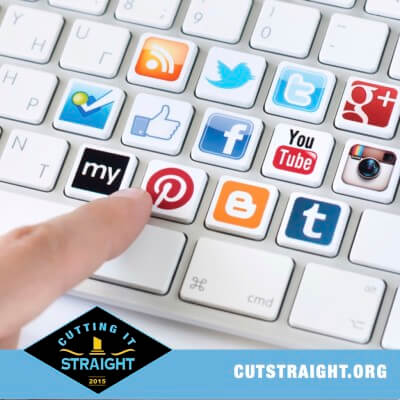 The following is a guest post by Cameron Triggs who is the Pastor of Youth & Young Adults of the Shiloh Church, where I serve as Pastor-Teacher.

Then they said, “Come, let us build ourselves a city and a tower with its top in the heavens, and let us make a name for ourselves, lest we be dispersed over the face of the whole earth.” – Genesis 11:4

Recent studies by Pew Forum state only 20% of Americans are sharing their faith online weekly; less are Christians. Ironically, the amount of time spent on social media has consistently increased. Naturally, the question arises “What are we doing online?”

Studies have shown that the billions of social media users are increasingly addicted. The most prominent studies have demonstrated that these addictions are rooted in the deep longings for recognition and relationship. For many, social media has little to do with friendly interaction and intellectual engagement. Instead, much of our need for social media is fueled by our urge to register up likes, shares, and retweets. Research shows we respond to the validating rush of new “likes”. When this phenomenon happens our brain’s “reward centers” light up. In connection to this validating satisfaction, studies also associate social media addiction with lower self-esteem and poor self-worth in subjects.

It appears that what we do on social media actually has much to do with God regardless of the 20% statistic quoted earlier. It may not be the God of Israel, but it surely may be the “god” we see in the mirror or shall I say “selfie”. Notice the strange dynamics of constantly checking blog statistics, retweets, shares, and follows. We constantly wonder how we are being worshiped, adored, respected, admired, or followed through our Social Media Kingdoms.

The fearful yet prideful cries of Babel echo through Redemptive History to teach us an important lesson about human intelligence in the absence of giving God the Glory. “Come, let us make a name for ourselves” (Gen 11:4). Like social media, the building project itself did not represent humanity’s sin. However, the sin was demonstrated in the purpose for which the advancement of human intelligence would be used. Human hubris had taken human intelligence and used it to “make a name for ourselves”. Scholars state the word name here refers to reputation or a memorial. Therefore, it becomes even clearer that the community was seeking to establish a memorial or testimony for themselves in exclusion of God. This colossal pride is very paradoxical. Instead of becoming boastful and fearless they become weak and paranoid. They look to exalt themselves in fear that they will become dispersed.

The Tower of Babel is the epitome of human sin and a complete reversal of the Bible’s story of redemption. Instead of God coming down to man in redemption, Man builds a tower to God in rebellion. They sought to make a name for themselves! They used technology to exalt themselves over God. Social Media and technology is ultimately a tool that demonstrates what we really worship, like treasure, time, and talent. Those things are morally neutral; its how we use them that makes them good or bad. Social Media can be used to enhance God OR enhance us.

Is this “making a name” for ourselves” truly the thrust of the narrative? Many may argue that the point is to depict the scattering of the nations and provide sociological origins to different languages. I agree to those facts, but they are merely by-products. I argue that Moses was drawing on this biblical principle to teach the Children of Israel a bigger lesson, which applies to the People of God today. In this world, we continually struggle with the temptation to make a name for ourselves but God is the unknown cure to that disease. This is exactly why Genesis 11 preceded Genesis 12 and the call of Abram. In such a “name-driven” world, God continues to promise the Children of Abram:

“Now the Lord said to Abram, “Go from your country and your kindred and your father’s house to the land that I will show you. 2 And I will make of you a great nation, and I will bless you and make your name great, so that you will be a blessing.” (Genesis 12:1-2, emphasis mine)

This promise is kept through the Gospel of Jesus Christ:

“But you are a chosen race, a royal priesthood, a holy nation, a people for his own possession, that you may proclaim the excellencies of him who called you out of darkness into his marvelous light.” (1 Peter 2:9)

How can we become free to share the Gospel through social media and demonstrate the impact God’s Glory has had on our lives? The answer is in the question. We need to approach social media by realizing that our worth, identity, value, and acceptance is in the work done by Jesus on our behalf and applied practically in the people of God. We are royal, holy, forgiven, and HIS possession! We must come to the realization that Abram obeyed. We are God’s possession. Until we realize that, we will be possessed by our possessions. Until we become addicted to these truths will always be addicted to “Making A Name For Ourselves”.

May God help us leverage social media for His Kingdom and not our glory.

[Tweet “Social Media demonstrates what we worship and how we worship. – Cameron Triggs”]