Dr. Mack King Carter has transitioned from earthly labor to heavenly reward. For 27 years, Dr. Carter served as Senior Pastor of the New Mt. Olive Baptist Church in Fort Lauderdale. As featured speaker of a national broadcast and the National Baptist Convention Congress of Christian Education, Dr. Carter was a preacher’s preacher. He was a model, African-American expository preacher, whose ministry and legacy should be celebrated.

The following tribute to Dr. Carter is written by my friend , Dr. E. Dewey Smith, Senior Pastor of the Greater Traveler’s Rest Church in Atlanta Georgia. 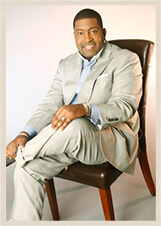 In June 1988, I was blessed with the glorious privilege of meeting Dr. Mack King Carter at the National Baptist Convention’s Annual Congress of Christian Education. Although I had only been preaching officially for 1 month, I was aware of the stellar reputation that preceded him. At that time I was 17 years old, woefully inexperienced but profoundly consumed with studying and dissecting sermons.

As I was walking through the halls of the Convention Center, in the faint distance I could hear the sound of a seasoned voice declare, “There’s Mack”. The exuberant tone and tenor in that anonymous preacher’s declaration let me know that someone special had come into proximity.  In an expeditious fashion a small crowd gathered around “Mack” for conversation. Through my neophyte curiosity (nosiness) I learned that “Mack” was actually Dr. Mack King Carter.

Since others had surrounded and been graciously received by Dr. Carter, I hesitantly decided to approach him, desirous of exchanging pleasantries. “Young Man” was the initial salutation that I received from him. This would not just be the genesis of our conversation but the foundation of a cherished relationship that would span over 25 years.

This “Prince of a Preacher,” though imbued with prestige and renown, took a few moments to address me like I mattered. Though I had nothing of real substance to offer him, he treated me like I was someone special. To this very day, that moment and memory deeply resonate and force to me to treat younger preachers and any person that I meet in the same manner that he treated me.

After meeting Dr. Carter, my respect for his craft and character grew exponentially. One of the things that I loved about him was his diversity. My passion since I was a boy preacher was to be able to share the Gospel in any setting. Dr. Carter modeled for me the hopes of my own ministry.

He was able to be relevant in the halls of academia in the morning and be equally as comfortable preaching for “grandma” in the evening. “Doc”, as I often called him, was an absolute scholar who mastered the art of “folk preaching”. He was the ultimate paradigm of what Dr. Kenyatta Gilbert called the “trivocal preacher”. Dr. Carter was able to perfectly lift a model that blended prophetic ministry traditions, priestly responsibility while still serving as a community sage. 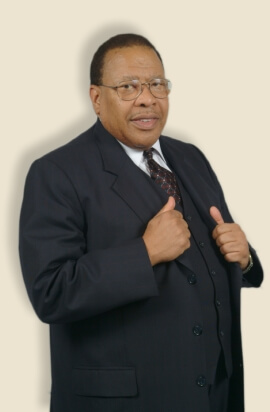 Mack King Carter’s unique ability to speak to societal ills and matters of social justice and liberation, while simultaneously mastering the art of hermeneutics, biblical and narrative expositional preaching, was a novel trait. Rarely had I seen a preacher/pastor with a heart for justice and equality approach the Scriptures in a non-topical format.

Being raised in Ocala, Florida, during the days of segregation, afforded him a context of deep discrimination and injustice. His passion was to articulate the realities of what he felt was a “weakened Christology”. He was consumed by a call to lift our views of Jesus beyond subjective prejudices, political ideologies and unbiblical biases.

He, in many ways, was a late 20th century/early 21st century Dr. Vernon Johns, the predecessor of Dr. Martin Luther King, Jr. at the Dexter Avenue Baptist Church in Montgomery, AL.  Dr. Carter was extremely burdened by what he felt was a “sanitized view of Jesus”. He vehemently disagreed with and dismissed notions of an “affluent Jesus”. He often quoted Dr. Howard Thurman by suggesting that Jesus clearly identified with the “disinherited”.

Dr. Carter taught me that activism can be balanced with my preferred homiletical approach. He taught me that although my call was to serve as a pastor, I should never lose my passion for community development and justice. “Doc” showed those of us who shared his perspectives and interests that we could both preach, being “true to the text”, while still “speaking truth to power”.

He often challenged younger preachers to underlay our pastoral and prophetic ministry pursuits with a morally clean life. As he was one of the first African-Americans to graduate from the University of Florida, he was one of the most brilliant preachers that I’ve had the privilege of knowing. His photographic memory, impenetrable courage and gargantuan sense of humor endeared him in the hearts of those who knew him best.

My life is eternally the richer because of Dr. Mack King Carter.  Please keep his wife and family in our prayers, along with the members of Mt. Olive Baptist of Ft. Lauderdale and New Birth Church of Miami.