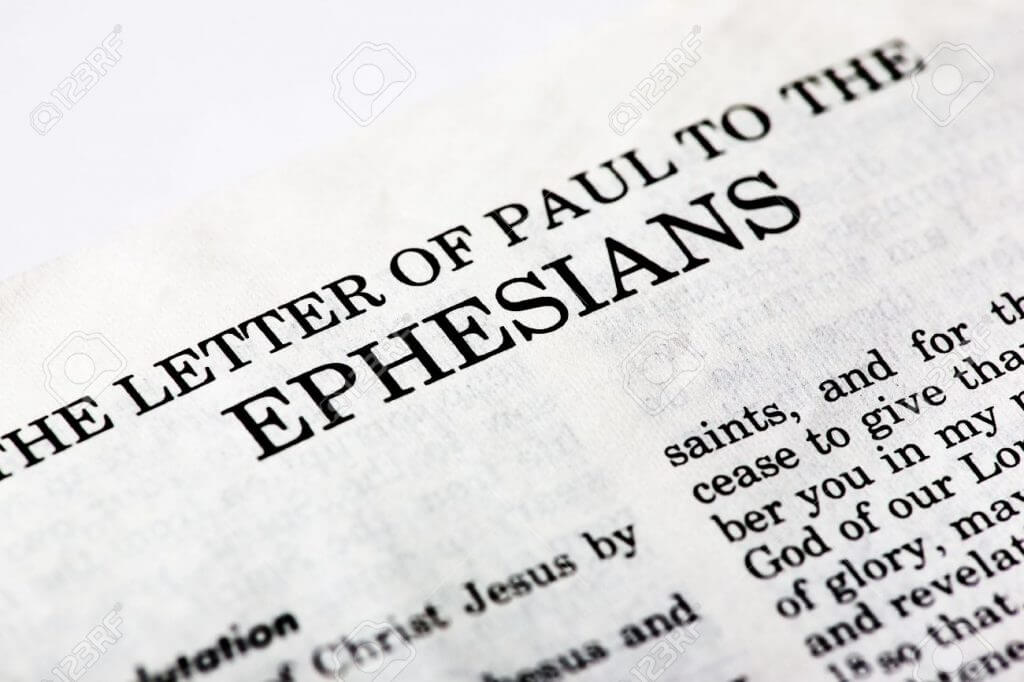 I finished preaching through the book of Ephesians at the Shiloh Church yesterday. Finally.

I fell in love with Ephesians as a teenager, during my first pastorate. Having read Be Rich by Warren W. Wiersbe, I decided to teach through Ephesians during our midweek Bible study. It was my first time teaching through a book of the Bible. Both I and the congregation learned a lot. And I anticipated the day I would preach through Ephesians.

Some years later, I preached for Dr. A. Louis Patterson Jr. at the Mt. Corinth Church in Houston. During our time together, I discovered that Dr. Patterson wrote the Sunday School lessons for his church each week. So, in my quest to be like Dr. Patterson, I went home and announced that I was going to write our Sunday School lessons. The first series of lessons I wrote was through Ephesians. It was hard work. But I had a blast. And I became even more eager to preach through Ephesians.

I finally had the opportunity to preach through Ephesians at the church I served in Los Angeles. I started it on Sunday mornings. But as we prepared to relocate the church, I shifted the series to Wednesday nights. At some point, however, we suspended the midweek services until the church relocated to its new site. I stopped at Ephesians 4:10. But I never made it back. The next year, the Lord called me to serve the Shiloh Church in Jacksonville.

I was in Jacksonville for five years, before I considered trying Ephesians again. I started in January 2014.

I was able to take advantage of prior research and sermons written from the Los Angeles series. But I did fresh work. The two series were seven years removed from each other. I had more and better study resources this time. And I benefited from having the book in my system, because of earlier studies. So I got off to a great start.

I went into this series planning to take my time. But I never thought it would take me two years to get through Ephesians.

As the new congregation began in 2015, I continued to preach selected messages. And we debated whether it was a good idea to pick up Ephesians in chapter 4, with a congregation that had not heard the earlier messages. But I was determined to finish Ephesians. This time. I had stopped at Ephesians 4:10 – the same place I stopped in Los Angeles. I had to get past this text and finish this book.

In the fall of 2015, I pick up the series again. And I slowly pressed my way through. I taught slowly through the household codes in chapter five in six messages. I also preached the spiritual warfare section (Ephesians 6:10-20) in eight messages, preaching through each piece of “the whole armor of God.”

I concluded the study yesterday. Finally. After two years. After forty sermons. After multiple stops and starts.

I believe the expository preaching is the most faithful way to preach the Bible. I also believe that consistent exposition is best done by preaching though books of the Bible.

Ephesians is a great book to preach through. It is relatively short, depending on how you outline it. It is Christ-exalting and gospel-saturated. It is both doctrinal and practical, teaching your people how to think and live. It teaches what it means to be a Christian and what it means to be the church. It explains salvation, the Person and Work of Christ, the communion of the saints, the priority of prayer, Christian unity, personal holiness, family and work relationships, and even spiritual warfare.

During a panel discussion at a pastor’s conference, a well-known pastor was asked what he had…