Celebrating the Retirement of My Pastor

I preached three of morning services yesterday. Then I hightailed it to catch a flight to Los Angeles to meet my family. We traveled home for the weekend to celebrate the retirement of my pastor 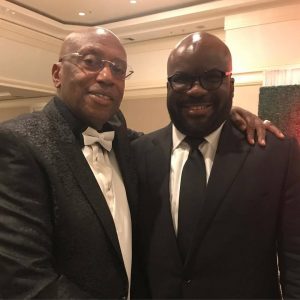 Pastor Wade is a part of the legendary Wade family. His father, Dr. J.C. Wade Sr., pastored the Salem Baptist Church in Omaha, Nebraska for nearly half a century. During this pastorate, Wade Sr. developed a reputation as one of the leading African-American preachers in the country.

At the same time, the Salem Church Choir drew national acclaim, having recorded several albums with the Rev. James Cleveland – including the hit song, “I Don’t Feel No Ways Tired.”

Pastor Melvin Wade came to the Mt. Moriah Church from Texas, where he had served churches in Dallas and Houston and has faithfully served this congregation for more than forty years.

I bumped into Pastor Wade at the Baptist Ministers Conference of Los Angeles. We exchanged information and he invited me to preach his annual “Prayer Bowl,” a New Year’s Day multi-denominational worship service. I was nineteen-years-old. Later that year, I asked him to become my pastor – convinced that every pastor needs a pastor!

I have learned much from Pastor Wade over the years. He has modeled devotion to prayer. He speaks the truth in love. He has prioritized his family over ministry. He is also a great example of what it means to lead with a shepherd’s heart. He challenged me to be more disciplined in my study by his diligence in sermon preparation. He loves preachers. He pursues excellence in everything he does in ministry. And the list goes on and on. 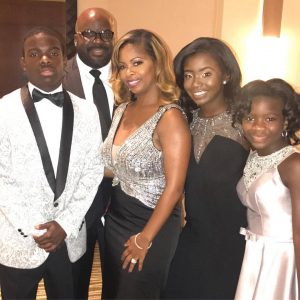 Our relationship began with him being my pastor. I affectionately called him, “Pas.” But as time passed, Melvin Wade became more than a pastor to me. He has been a father to both me and my wife, Crystal. He has been a grandfather to our three children.

I often call Melvin Wade “a wartime consigliere.” In every challenge I have faced in my faith, family, or ministry, he has been there for me. It was a joy to sit in the back of a wonderful banquet and celebrate the life and ministry of this great man of God.

As he closes this chapter of his ministry, may the Lord bless and continue to use Pastor Wade to preach the gospel, mentor young leaders, and model what it means to finish strong!

[Tweet “No one is indispensable. But some people are irreplaceable. – Noel Jones”]

During his reflections, Noel Jones rightly said, “No one is indispensable. But some people are irreplaceable.”

So it is with Melvin Von Wade Sr.