Be a Man and Preach! 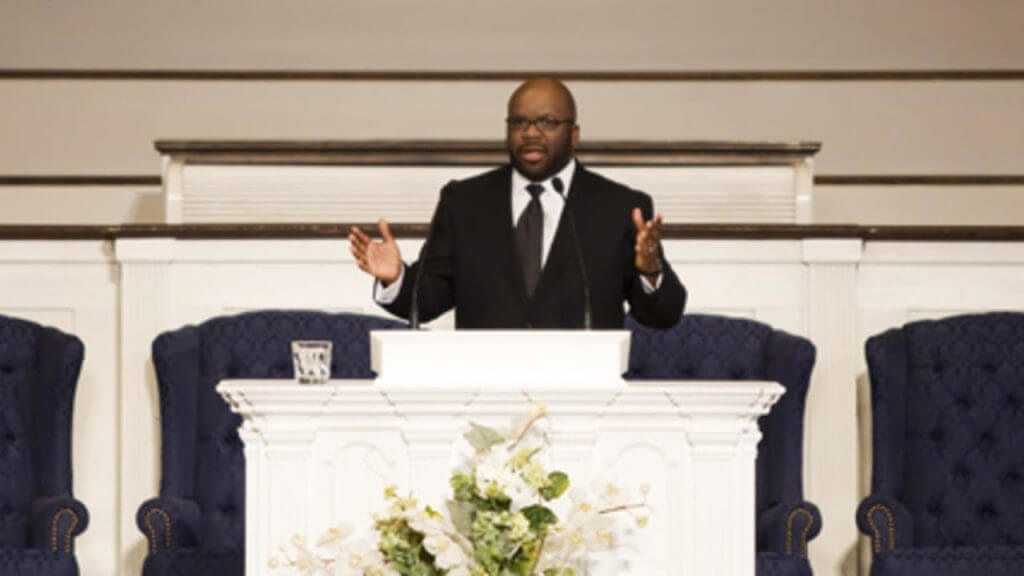 I was asleep in the guest room of the late Dr. Roy Allen of the Chapel Hill Baptist Church in Detroit. My rest was pleasantly interrupted, however, when Pastor Allen knocked on the door to tell me my father was on the phone.

I can’t begin to tell you how excited I was to talk to my dad. He had been hospitalized the previous week. It was the first and only time in my life that my father was ever admitted into the hospital. I was concerned about him. And I missed him. At the same time, I had my own issues to deal with. I was a scared 16-year-old boy preacher who had never been that far from home for that long.

As we talked, I broke into tears and told him I wanted to come home. My dad reminded me that I had six more sermons to preach that could happen. But I didn’t care. I wanted to come home. Now! My father responded by calmly saying, “Son, I want to you be a man for daddy. And preach.” Through tears, I answered, “Yes, sir.” But he pressed the point. “Promise me you’ll be a man and preach.” and made me promise to be a man and preach. I promised. We exchanged “I love yous” and “goodbyes.” Then we hung up and I went back to bed.

Little did I know that brief conversation would be the last time I get to talk to my father in this life. As I flew home from Detroit to Los Angeles that following Saturday, the Lord called father from his earthly labors to his heavenly reward.

In the succeeding years, when I think of my father – which is often – this final conversation often comes to my mind. Especially his final exhortation, “Be a man and preach.” I concede these instructions may have only been intended to get his anxious son through a long week of ministry away from. Yet I am sure that my father had to know that he did not have very long to live, even though I did not know that medical tests discovered advanced cancer. This reality no doubt influenced what my father said to me that night.

The Lord has used these last words from my father to challenge and encourage to press on through the various and multitude dangers, toils, and snares I have face in life and ministry. May these words do the same for some Christian minister who is struggling with worry, doubt, and fear who is reading these words…

Be a man and preach!

I charge you in the presence of God and of Christ Jesus, who is the judge the living and the dead, and by his appearing and his kingdom: preach the word; be ready in season and out of season; reprove, rebuke, and export, with complete patience and teaching. – 2 Timothy 4:1-5

A culture war broke out in the Roman Empire. Christians were “on the wrong side of history.” An…

Our text is a part of Peter’s call to Christian submission.  Verses 13-17 instructs Christians to be…

We, who are African Americans, naturally bristle at texts like this. The suffering of our forebearers during…