A Pastoral Lesson from a Generous Widow 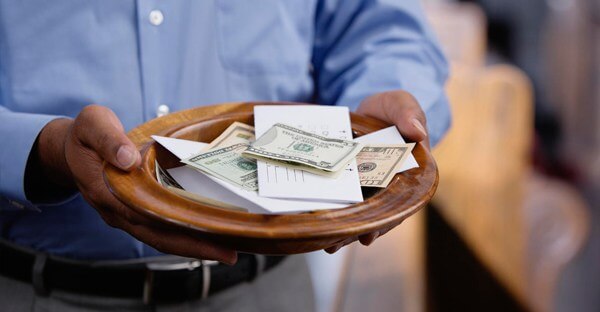 As a boy preacher, I had many opportunities to preach, but my father did not allow me to receive an honorarium for my preaching. But it didn’t matter to me. If I had the money, I would have paid pastors to let me preach! These early opportunities taught me not to put a price-tag on my ministry.

I remember one of the first times I received an honorarium; it was a couple hundred dollars, but you would have thought it was a million bucks!

Not long after, I went to the mall with several friend and I spent all the money I had on new clothes.

I was excited to show my mother the new clothes. Instead of sharing my enthusiasm, she asked me how much money I had left. I told her. But it was obvious that she already knew.

Then she asked me two further questions.

She asked if I knew that one of the mothers of our church was at the service. I did. But I didn’t get the question. This senior saint rarely missed a service, despite her physical limitations. She made sure someone picked her up for church.

Then my mom asked, “Did you know she put twenty dollars in the love offering they gave you?” I did not. “Well, she did,” mom said. Then the conversation was over. And I was devastated!

[Tweet “Do not put a price-tag on your ministry.”]

This widow lived on a fixed income. But this proud woman did not let anyone know she didn’t have money for real food. Her physical ailments made matters worse. My dad’s church began to care for her. Members took turns picking her up, checking on her, and making sure she had something to eat.

This mother of the church did not have twenty dollars to spare. Yet she believed there was a divine call on this young preacher’s life. And she wanted to support me through that love offering.

I am sure that if members of the church knew what she was doing, they would have tried to stop her from giving. No one would have succeeded, except my father. Maybe. She sacrificed twenty dollars to encourage me to keep preaching. And I used it to buy a new pair of tennis shoes.

This incident has shaped my life and ministry. And I try to live in a way that honors and respects the poor widows that continue to financially support my ministry work.

There are many people who think preachers should be poor and humble, using those two words synonymously. Indeed, ministers should emulate the humility of Christ. At the same time, it is the congregation’s job to make sure its pastor’s needs are met.

Yet, as the congregation cares for us, it is important that we fight materialism. Pastors should not be flashy, showing off their affluence. Both within the pulpit and outside of it, we must shun worldliness for the glory of God, the message of the gospel, and the members whose freewill offerings pay our salaries.